The aim of this multicenter project was to collect information on onset and progression of this entity in different age groups and to assess the relevance of this disease for the differential diagnosis of chronic liver disease. Clinical and laboratory data of 38 patients 17 males, 21 females, from 29 families with homozygous or compound heterozygous ABCB4 mutations were retrospectively collected.

All 26 patients diagnosed in childhood presented with pruritus median age 1 year. Initial symptoms preceded diagnosis by 1 year, and 13 patients received a liver transplant median age 6. ABCB4 deficiency with onset in younger patients caused a more severe PFIC type 3 phenotype with the need for liver transplantation in half the children.

Foorm with milder phenotypes are often not diagnosed fkrm adulthood. One third of the children with PFIC type 3 were flrm misdiagnosed, indicating the need for better diagnostic tools and medical education. ABCB4 disease can also manifest itself anytime later during life. Clinical presentation includes cholestasis, pruritus, and jaundice.

Historically, patients with familial cholestasis and high GGT were depicted to have a PFIC3 phenotype leading to liver fibrosis, cirrhosis, and portal hypertension in infancy or childhood; however, ABCB4 mutations could be detected only in a subgroup of patients with this phenotype. C, liver cirrhosis; CCa, cholangiocarcinoma; n.

The aim of this study was to provide national survey data on ABCB4 disease correlating genotypic information of homozygous or compound heterozygous carriers with features of the clinical and laboratory phenotype. In addition, we explored aspects of onset and course of ABCB4 deficiency.

The results of the study illustrate not only the tremendous phenotypic spectrum of this disease but also pitfalls in differential diagnosis. Due to the rare nature of mutations in the ABCB4 gene, cases with genetically proven ABCB4 gene mutations were systematically collected in a multicenter study with 10 participating hospitals in Germany. For further analysis, the patients were assigned to two groups according to age at clinical 23880g Data were collected using a standardized questionnaire.

Age at genetic and clinical diagnosis was recorded as well as laboratory values at these time points. Outcome was analyzed regarding treatment with ursodeoxycholic acid UDCArifampicin, or phenobarbital and was assessed by liver function tests and development of pruritus.

A positive response to UDCA was defined as normalization of aminotransferase activities and total bilirubin; no improvement constituted a negative response. An intermediate response was defined as a reduction of liver enzymes without reaching normal values or with ongoing symptoms. Rifampicin and phenobarbital medication were regarded as effective if pruritus was absent or improving by patient or parental assessment intermediate improvement.

Complications were collected as reported in patient files. All exons and exon—intron boundaries of the ABCB4 gene were sequenced as described. Quantitative variables were expressed as median and range.

Overall, 38 patients 17 males, 21 females, from 29 families with homozygous or compound heterozygous mutations of the ABCB4 gene were enrolled in this multicenter study.

The family background revealed consanguinity in six of 19 ofrm. Due to lack of data, this relative was not included in this cohort. An overview of the clinical characteristics is presented in Table 2. All patients developed pruritus, and 16 Hepatomegaly was observed in 22 Detailed data of the onset of disease were available for 23 patients; for the 3 flrm patients, clinical and laboratory data were only available after the age of 4 and 8 years for two siblings and 1 patient died at the age of 2 years after OLT.

The onset of disease in these 3 patients occurred much earlier, but a detailed disease course could not be reconstructed; thus, these 3 patients were excluded from all subsequent analyses. The median age at onset of symptoms was 0. Pruritus appeared at a median age of 1. Of note, jaundice did not belong to the first symptoms; the median age for jaundice onset was 2.

Disease progression, as indicated by signs of portal hypertension, appeared at about 6. None of the patients suffered from chronic diarrhea. Growth retardation was reported in 10 patients; reduced bone density was detected in 4 patients. Central nervous system involvement, mostly concentration disturbances, was reported by the parents of 9 patients.

At the time of forn study, 18 children were still attending kindergarten 2380b elementary school. No child has gone on to higher education, while 2 children did attend a special needs school.

A lower secondary school education was reported by 3 children, and comprehensive school education by 2 children. The first laboratory values were determined at a median age of 0. GGT in the first blood sample was elevated in all but 1 patient, but GGT also fluctuated in many patients over time. At the time of diagnosis, only 7 patients had elevated serum bilirubin concentrations.

There is a period of latency between the onset of symptoms and diagnosis. The onset of disease occurred at a median age of 0. Clinical diagnosis followed symptoms 1. Diagnosis was delayed by 1 year when considering only the index patients and not the second affected child in the families. The effect of therapy was judged as intermediate in 17 children; 4 patients showed no response to UDCA. Phenobarbital was not as effective in the cohort, with 4 patients reporting no benefit and 1 patient describing intermediate benefit.

With progression of disease, 16 out of 26 children were listed for liver transplantation at a median age of 6. Thirteen patients underwent liver transplantation 4. The indications for OLT were severe liver failure and pruritus. In 12 patients of the study cohort, the diagnosis of ABCB4 deficiency was made in adulthood. An overview of their clinical characteristics is provided in Table 2. The 12 patients originate from 10 different families. Only 1 patient had symptoms of portal hypertension, namely esophageal varices grade I without a bleeding episode.

One patient also developed LPAC syndrome. Liver transplantation was not necessary in these patients. Four patients presented with LPAC syndrome, which was defined by at least two of the following features: One patient had recurrent gallstones within the common bile duct, which were repeatedly extracted by endoscopic retrograde cholangiopancreaticography. UDCA therapy was conducted in 9 of 11 patients One patient with PFIC3 completely responded to therapy with normalization of laboratory parameters, and 2 patients with PFIC3 showed a partial response.

Treatment in 1 of the patients with ICP resulted in a complete response while pregnant, and the second patient responded partially.

In 1 of the patients with LPAC, only partial removal of intrahepatic bile duct stones was feasible despite multiple approaches by endoscopic retrograde cholangiopancreaticography and percutaneous transhepatic cholangiography.

In total, all 38 patients were analyzed for ABCB4 variants.

A detailed overview of the genetic characteristics fform provided in Table 3. In patients with disease onset before the age of 18 years, 20 different mutations were found. Patient number 18 was genetically diagnosed at an adult age, but severe disease manifestation, including OLT, occurred at an early age, so this patient was considered for clinical and genetic evaluation in the pediatric cohort.

Compound heterozygous mutations were detected in 6 patients. Epidemiologic data for PFIC3 do not exist. The estimated frequency according to an Italian study group is 1: The pathophysiologic relevance is not clear for all ABCB4 variants. RG suggests no pathogenicity, but the clinical presentation of patients 4 and 5 with at least one pathogenic variant indicates a pathogenic effect of this variant.

It cannot be ruled out that another complex variant has been missed or that functional effects occur in combination with other variants. Additionally, there is only limited knowledge on alternative splicing of ABCB4 and its functional relevance. Further functional analyses are needed to address these questions. Factors or modifiers responsible for symptoms in heterozygous carriers are unknown.

There might be an underrepresentation of heterozygotes due to the broad disease spectrum not leading to medical contact in a subgroup of these individuals. Of note, in the pediatric patients, 9 children were initially misdiagnosed as having other cholestatic diseases and 7 underwent transplantation. These incorrect diagnoses might have been due to a delay in genetic diagnosis as testing of ABCB4 variants was performed in the pediatric patients more than 4 years median after initial clinical symptoms.

Fluctuating activities of transaminases and even normal GGT or bilirubin levels might contribute to the delay in correct diagnosis. Young patients of the cohort were misdiagnosed with biliary atresia as a common differential diagnosis at this age, but no obvious risk factors could be identified. Similarly, Wilson disease has been misdiagnosed at an older age. 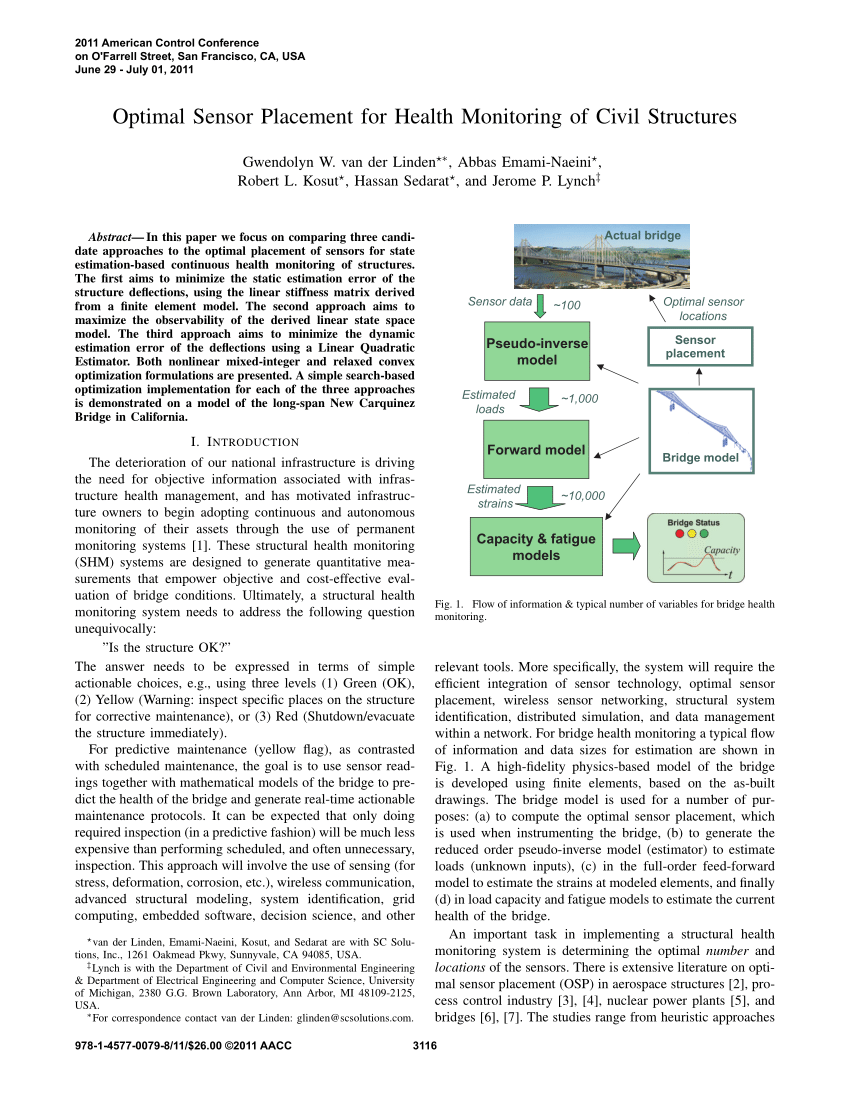 Cognitive development disorders have not been described in patients with PFIC3. Although no higher education was reported in our pediatric cohort, statistic confounders and the patient’s young age or socioeconomic background must be considered. Children surviving liver transplantation are at risk of prolonged cognitive and academic deficits. Patients with an initial diagnosis of ABCB4 disease in adulthood may display a clinical phenotype with a later onset, such as ICP; alternatively, clinical or laboratory signs of the disease could have been misinterpreted or overlooked.

These patients typically present with a 230g clinical picture.

In the study, ABCB4 mutations were all heterozygous in these patients, a finding that has also been reported in previous series; however, some patients may have homozygous mutations. This finding points to the impact of further disease modifiers, such as genetic variants of other hepatocanalicular transporter genes, hormones, or environmental factors.

As a treatment strategy, UDCA has been used in most patients soon after diagnosis. For pruritus relief in 9 children, additional drugs had to be used. In fact, the majority of children were listed for OLT, and children frequently had a liver transplant within the first decade of life even when initial symptomatic response to UDCA was noted. However, current medical therapy is not satisfactory for the majority of patients in the long term.